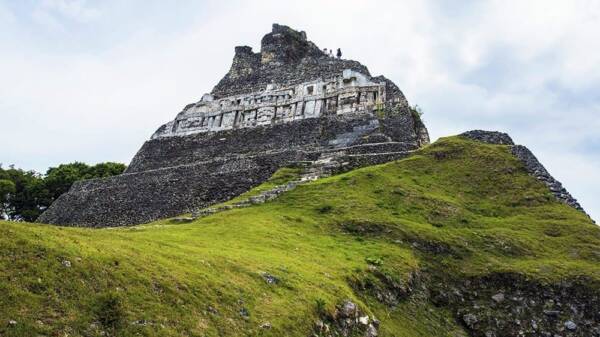 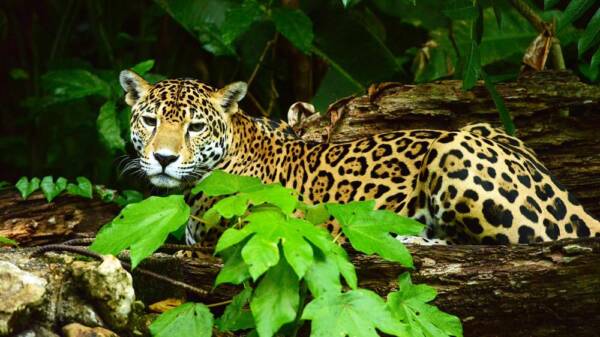 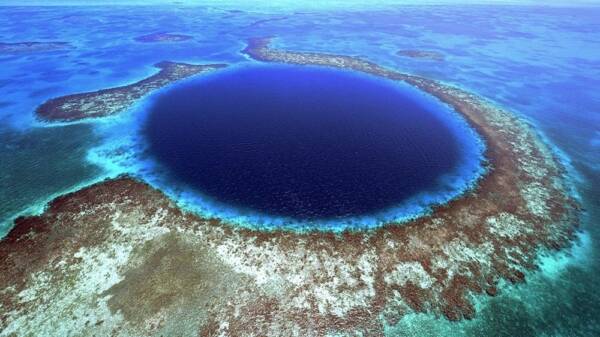 Belize is a small country with a big history. It is a land of mountains, tropical jungles, rivers, lakes, over 200 islands called “cayes” and the second largest barrier reef in the world, in one of the most beautiful settings in the Western Caribbean.

The area was inhabited by the Maya Indian tribes centuries before Christ and they were still here in 1502 when Christopher Columbus traveled to the Gulf of Honduras during his fourth voyage.

Many spectacular ruins of the ancient Mayan civilization can be visited today, some are even on Ambergris Caye. Spaniards arrived in the early 17th century to cut logwood, needed for the production of dye in the woolen industry. This caught the attention of English and Scottish buccaneers (aka Pirates) who preyed upon Spanish ships that carried gold. Many a Spanish cargo of logwood was brought to market by buccaneer capitalists. As the demand for logwood decreased, the demand for mahogany to build furniture increased.

Before they realized the value of the new type wood onboard the ships they commandeered, the pirates used the mahogany for firewood! This territory, with its many rivers along which to shelter, and a barrier reef to snag the larger ships of the Spaniards, became a buccaneer haven.

Around 1638, legend has it that one such buccaneer named Peter Wallace, called “Ballis” by the Spanish, gave his name to the river where he established the first settlement. Over time, the pronunciation and the spelling changed from “Ballis” to “Belize” and became the name of not only the river, but also the country.

In 1862, Belize became a British crown colony and became known as British Honduras. Belize became fully independent from the United Kingdom on September 21, 1981.

Belizeans are fiercely proud of their country and Independence Day is celebrated throughout the country with parades and festivals. If you happen to be visiting Belize during the Independence Day holiday, join in with the celebrations and you will be welcomed by our citizens. The rich history of Belize and the fun loving nature of her citizens is what makes this such a special place. You’re going to love it here…you can Belize it!

Where is Belize?
On the East coast of Central America bordered by the Caribbean Sea to the East, Mexico to the North and Guatemala to the West and South. About 900 miles from the US Port Cities of Houston and Miami.

Health
There are no endemic diseases. Drinkable water is readily available in municipalities and resort areas. Good medical care is available at hospitals and clinics.

Flora and Fauna
Over 7,000 plant species including Orchids,Tropical Air Plants, Ferns, Cacti, and Hibiscus. A vast array of Wildlife including the Jaguar, Howler Monkey, Giant Iguana, Gibnut and Tapir. Over 500 species of birds.

Marine Life
There is an incredible array of Fish, Sea Creatures and Coral around the Barrier Reef and in the inland waters. Sport fish include: Tarpon, Snook, Bonefish, Marlin, Swordfish, Barracuda, Snapper and Grouper. There are also Rays, Turtles, Crocodiles, Manatee, and Lobster.

Time
Time observed year round is GMT-6, same as US Central Standard Time. Daylight Savings Time is not observed.

Attire
Comfortable informal clothing is the order of the day everywhere in the country. T-Shirts and short pants are the order of the day on the cayes while hiking boots and long pants may be appropriate for mainland adventures.  Tourist should bring wide brimmed hats and sun protection.

Terrain
Flat along the Coast and in the North. Inland elevations rise to 3000 feet in the Cockscomb Mountains. In the Central and Southern regions of the country there are vast areas of lightly explored Jungle, Tropical Pine, Hardwood and Rainforest.

Language
English is the official language, Spanish a strong second. Creole and English Patois is the Lingua Franca.

Currency
The Belize Dollar has a fixed exchange rate of BZ$2 to US$1. Most hotels and restaurants and businesses will accept US currency as well as Traveler’s Checks and Major Credit Cards.

Tipping
Many hotels include a service charge in your bill. Ramon’s Village does not, so encourages tipping of our employees as you deem appropriate.

Taxes
There is a General Sales Tax of 12.5% on all goods and services throughout the country. Hotel Rooms are subject to a 9% Hotel Tax in Lieu of the Sales Tax.

Passport/Visa
Passports are required. No Visa is required for US Citizens or British Subjects with roundtrip ticket issued in Country of origin. 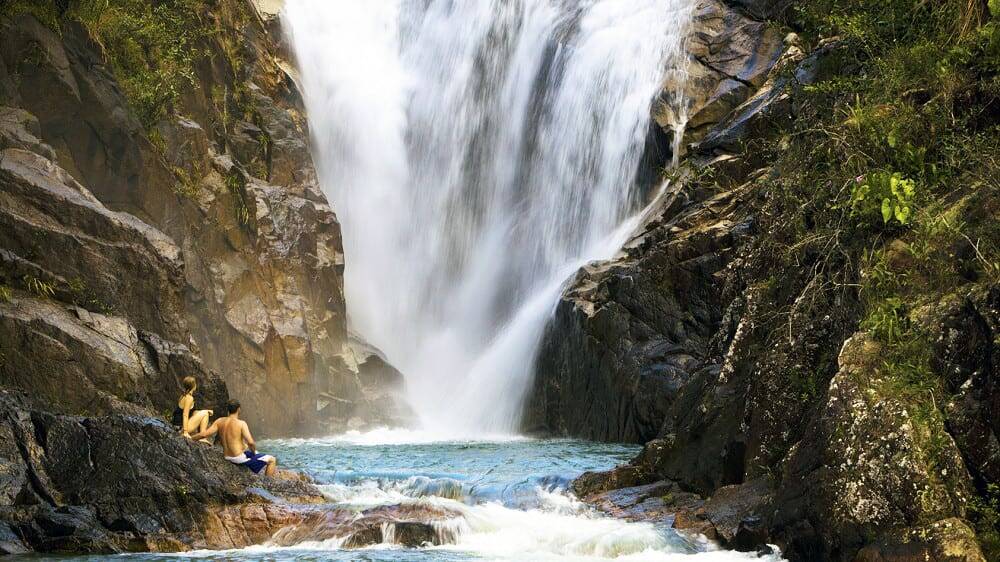 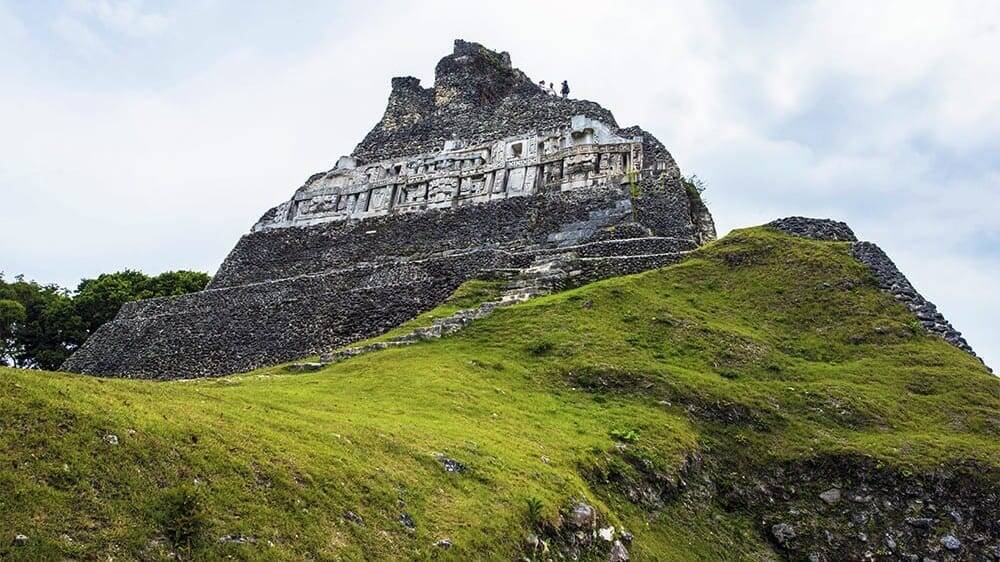 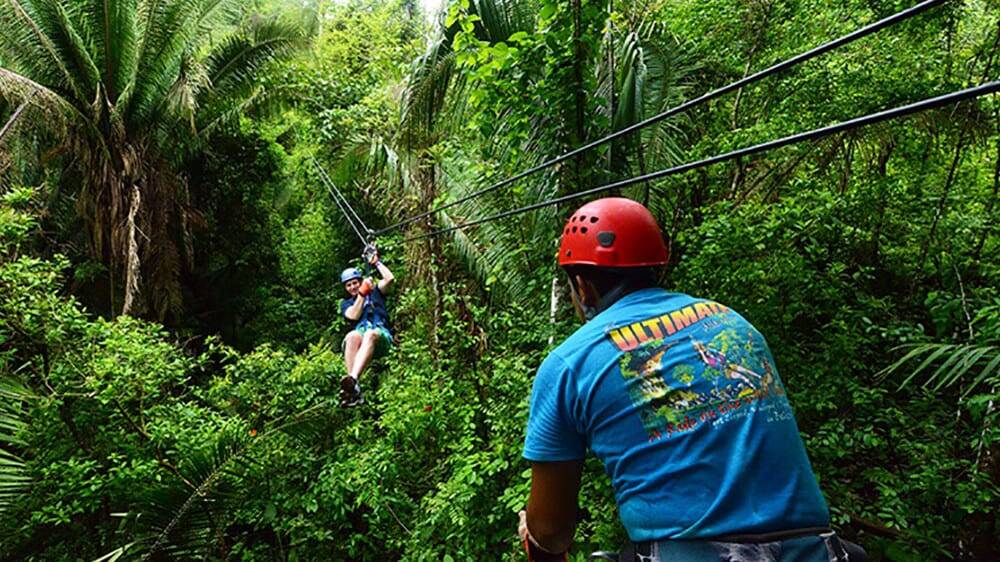 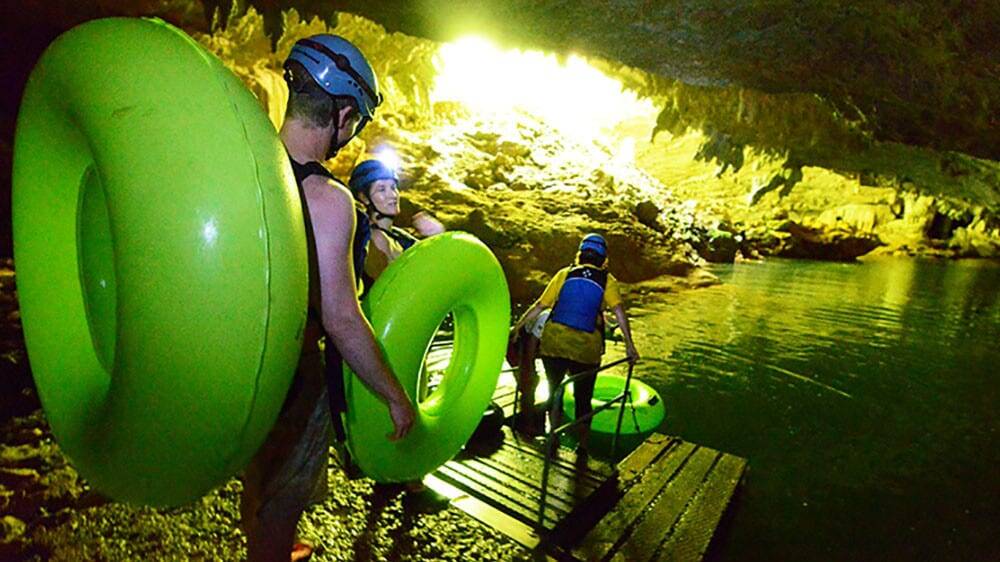 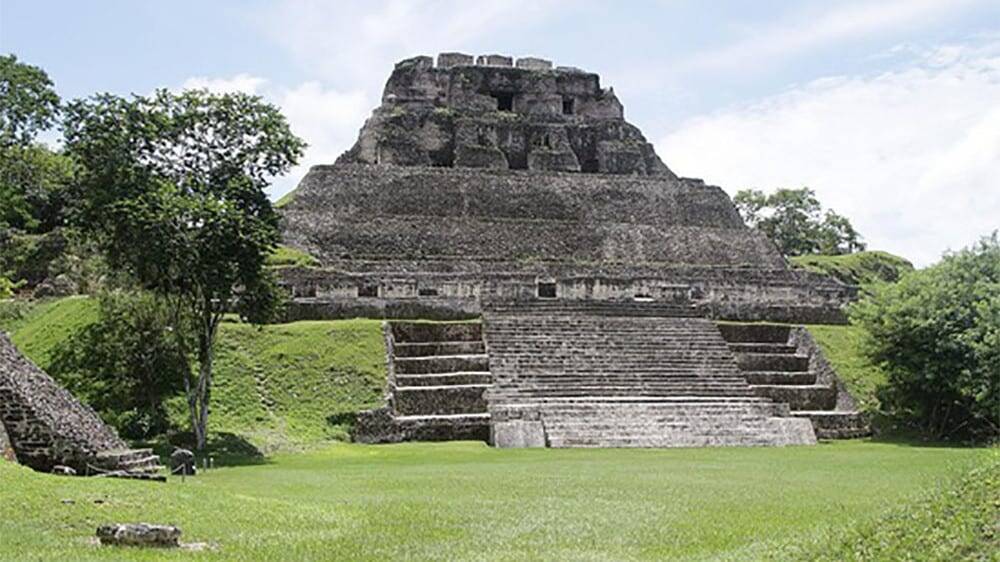 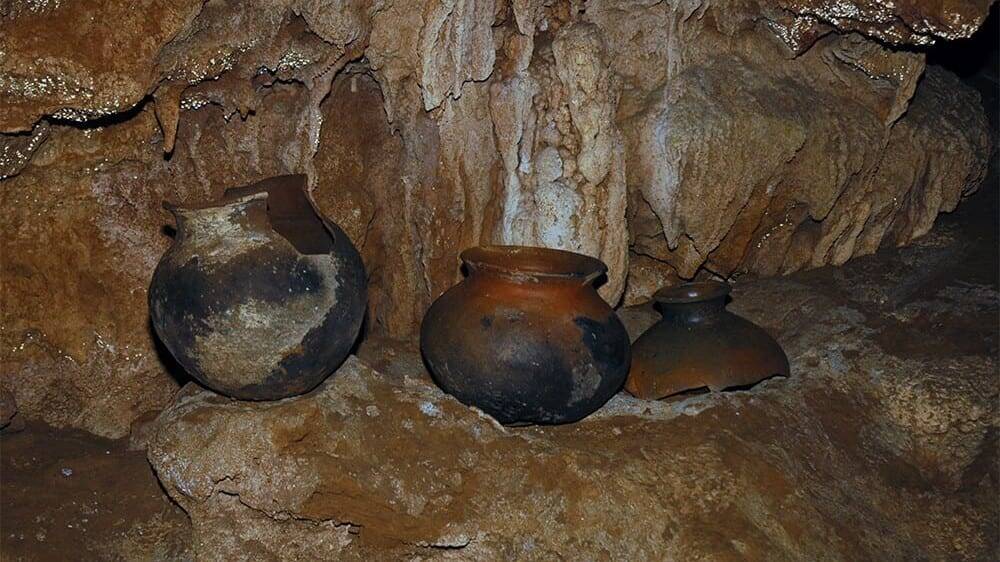 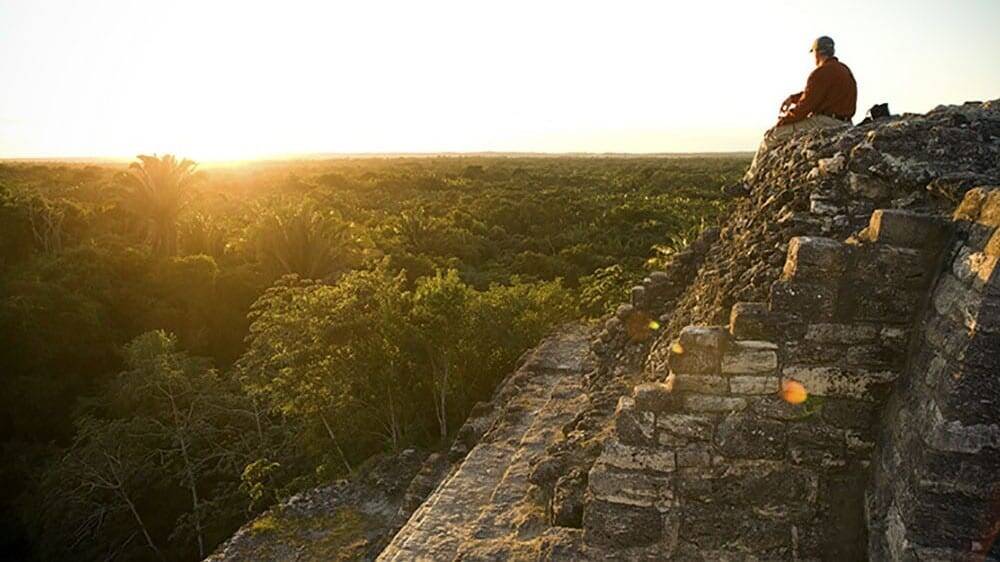 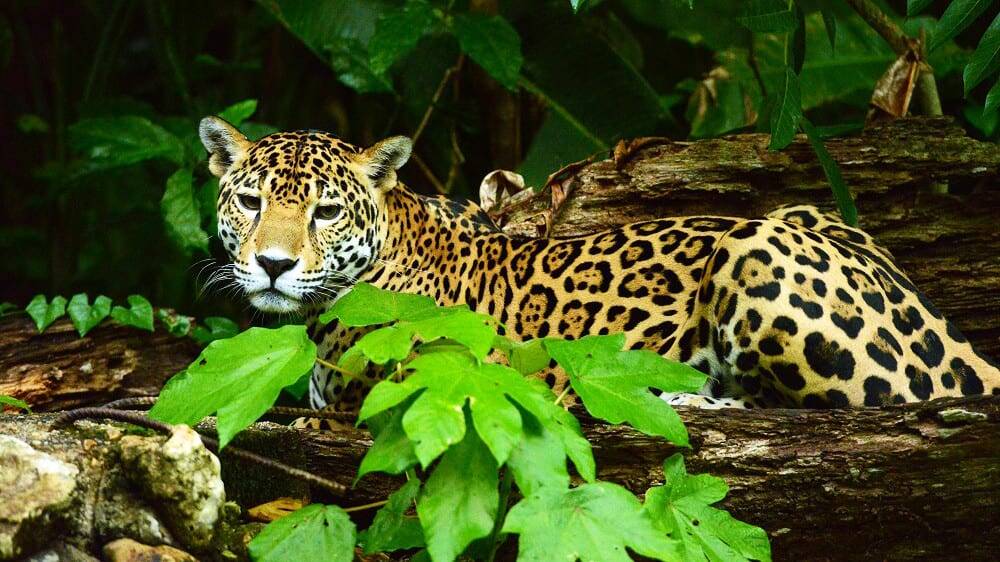